I was browsing through Play Store and I stumbled upon this free novela entitled A Christmas Gift. I read the synopsis and I was intrigued by it and I think this is a perfect book for this time of year.

It’s about a girl named Holly who thinks of herself as invisble to the boy she secretly loves, Caleb. Witness how their love unfolds in this sweet novella perfect for a quick Christmas read.

Let me know in the comments what books are you reading.

Holly and Caleb had been best friends as children, growing up on the same street, but as teenagers they couldn’t be further apart. When Caleb unexpectedly asked Holly to help him pick out a Christmas gift for his girlfriend, neither of them anticipated where it would lead.

Title: The Queen of the Tearling

Theme: Post-apocalyptic in a Medieval Setting

– THE EARLY HISTORY OF THE TEARLING

The Queen of the Tearling is about Kelsea Raleigh who is the descendant to the throne of the Tearling but she was exiled and lived away from her kingdom for the last nineteen years of her life. Given the present situation of her kingdom and now that her mother is dead, she must reclaim her throne and correct all the mistakes under the awful ruling of the Regent and of the influence of the brutal Red Queen. Erika Johansen used more than one POV yet she presented it in a way that it can easily be understood and digested. Other book reveiwers associated the story as a “female of Game of Thrones”. I think that strong feminism is being presented in this book which we seldom find in any other fiction stories.  In The Queen of the Tearling, Kelsea showed her prowess and made a great impression of a strong female leader/ruler and she also has a handful of guards protecting her along the way. There is magic, betrayals, hidden identities, dirty politics, and violence. I really loved the book and rated it 5 stars on goodreads because duh!? Who wouldn’t love a strong female main character? I still have a lot of questions though about the other characters, especially about their lives before Kelsea was born and I am super excited if there is someone whom Kelsea will fall in love with.

I highly recommend The Queen of the Tearling to those of you who are fond of reading post-apocalyptic adult fantasy novels. Overall, the first book of the trilogy exceeded my expectations and I just can’t hide my excitement for the next installment, which is The Invasion of the Tearling that will be released this coming 9th of June 2015. And wait, there’s more! Daily Mail UK announced that Emma Watson will play as Kelsea in the upcoming movie adaptation of the book and will be produced by David Heyman, same producer of the successful Harry Potter franchise which starred Emma Watson as Hermione Granger. This news made me even more excited. How about you? If you have read The Queen of the Tearling, let me know in the comments on your thoughts and your reviews as well. If you want to purchase this book, click here. They offer free shipping worlwide! Happy reading!

The Queen of the Tearling Overall Rating:

Get 20% off your ZALORA purchase 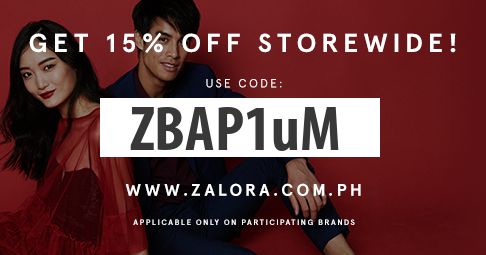